What are the different types of meditation? And can one of these make you a Rock Star? 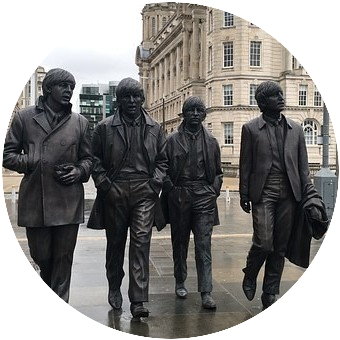 developed some misconceptions about meditation.

The information age had not arrived and our small town library just did not have complete answers to my questions. The books I found were full of …something, I could not even begin to understand what the authors were saying and to be honest, all the ideas were in a language I could not understand. The English translations just made it worse. My interest in meditation quickly faded. After all, who want to sit cross legged and chant Ohm? Way too many other things to do.

I began spending summers at my Grandpa and Granny’s house. It was the focal point in their big family and I naturally worshiped my Grandpa. Over the summers I spent there, I would pick up habits and mannerisms that I never understood until many years later. One of these was a type of meditation, one I don’t think Grandpa even gave much thought to.

What are the different types of meditation? Let’s take a quick, simple look at 5 types and at some music.

Primordial Sound Meditation (PSM) is a silent practice that uses a mantra; a Sanskrit term that translates as “vehicle of the mind.” The mantra you receive is the vibrational sound the universe was creating at the time and place of your birth. It’s calculated following Vedic mathematic formulas and is very personal and specific to you.

Repeating your personal mantra silently helps you to enter deeper levels of awareness by taking you away from the intellectual side of the brain. The focus is on comfort, and PSM is generally practiced sitting down.

Started by Jon Kabat-Zinn in 1979 and now offered in over 200 medical centers, hospitals, and clinics around the world, Mindfulness classes are often taught by physicians, social workers, and other health professionals, to create a partnership in care between the patient and the medical team.

Mindfulness uses both breath awareness and body scan. Breath awareness is simple — focus your attention on inhalation and exhalation. Body scan is focusing attention on the physical body starting at the toes and working your way up with the potential for release or relaxation of tension. You may be seated, laying down, or walking.

Zen is also referred to as Zazen, which means “seated meditation.” You acquire insight through observing the breath and the mind, and through interaction with a teacher.

Zen emphasizes achieving enlightenment and the personal expression of insight in Buddhist teachings. These Sutras (scriptures or teachings) and doctrine are taught through a teacher. Sometimes chanting is involved.

Secrets Of Zen (Japanese Chill Out)

Founded by Maharishi Mahesh Yogi, Transcendental Meditation (TM), uses a mantra or series of Sanskrit words to help the practitioner focus during meditation in lieu of just following breath.

The mantra given to the student will vary according to different factors, including the year in which the student was born and in some cases their gender. The teacher’s date of training also affects the mantra provided. TM is a seated meditation.

The Best of Imee Ooi

Yogi Bhajan, the founder, passed on hundreds of meditations. There are meditations that reduce stress, work on addictions, and increase vitality. Since these meditations are so specific, working with a teacher is a large part of this tradition.

Meditation is about looking inside to find the answers to questions from outside. Much like the modern “Look outside the box”combined with the older version “Look inside the box”. Meditation can allow you to find the real you and you can then research on what you wish to improve. Then, work internally visualizing and developing the strategy for self-improvement. The process continues on indefinitely.

The Beatles (remember them?) returned from their retreat in India and immediately began working on their 9th studio album. Production was marred by arguments over creative differences and Yoko Ono. The band’s producer took a sudden leave of absence and the engineer quit. Ringo Starr left the band briefly in August. The album, their 9th and a double album, was released in November 1968. The Beatles (White Album) reached number one on the charts in both the United Kingdom and the United States, and has since been viewed by some critics as one of the greatest albums of all time.

And now, without looking, what are the types of meditation? Did you get these 5? If you did, great, you ARE a Rock Star! I usually can only name 3 off the top. When asked, I usually say that I practice Mindfulness, but not in a formal, structured way. I use a lot of different techniques, a mix and match that suits me. How about you? Do you meditate and if you do, what type do you practice? And if you don’t, why not take a few minutes and do some more research on meditation?

Do you have any information you would like to share? If you have any questions or suggestions on other meditation types, please do not hesitate to leave me a comment below. I will reply as soon as I can!

8 thoughts on “What are the different types of meditation?”