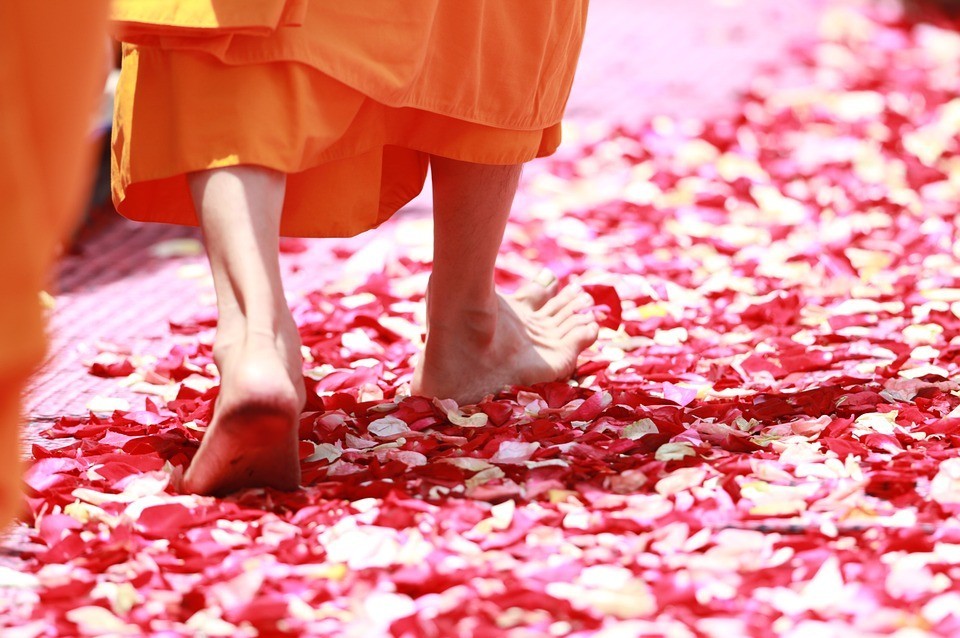 Walking meditation techniques from the Teachers for your Tool Box

Walking is a great way to keep your body and mind at peace. Unfortunately, we all walk in a rush, with a purpose. Not toward finding beauty and peace, but with a goal in sight. Mindful walking does not have an end in sight, it is the end. The walking meditation techniques Thich Nhat Hanh practices have always been my favorite.

Walking has many health benefits. Mindful walking takes us to a different level and allows us to develop and grow. Every step is enjoyable. Every step helps you touch the wonders of life. Every step is joy. That is possible. So, let’s go for a mindful walk with some of the Teachers:

Birth name Nguyễn Xuân Bảo and was born in Huế, Central Vietnam on October 11, 1926. He is a Vietnamese Buddhist monk. At the age of 16 he entered the monastery at Từ Hiếu Temple near Huế, Vietnam, where his primary teacher was Zen Master Thanh Quý Chân Thật.

Thích Nhất Hạnh and the Order of Interbeing have established monasteries and Dharma centers in the United States at Deer Park Monastery in Escondido, California, Maple Forest Monastery and Green Mountain Dharma Center in Vermont along with Magnolia Village Practice Center in Mississippi, These monasteries are open to the public during much of the year and provide ongoing retreats for laypersons.

Thích Nhất Hạnh lives in the Plum Village meditation center in southwest France, travelling internationally to give retreats and talks. He coined the term “Engaged Buddhism” in his book Vietnam: Lotus in a Sea of Fire. Nhất Hạnh has published more than 100 books, including more than 40 in English.

He was
born Nguam Phanit in 1906 in Ban Phumriang, Chaiya District, southern Thailand. He became a monk in 1926. 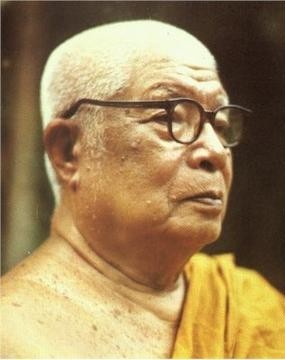 Typical of young monks during the time, he traveled to the capital, Bangkok, for doctrinal training but found the it to be dirty, crowded, and, most troubling to him, the sangha  (Buddist community) corrupt, “preoccupied with prestige, position, and comfort with little interest in the highest ideals of Buddhism.” As a result, he returned to his native rural district and occupied a forest tract near to his village. He named it Suan Mokkh from Thai “garden” and Pali moksha “release, liberation”. He strove for a simple, pristine practice in attempt to emulate Gautama Buddha’s core teaching, “Do good, avoid bad, and purify the mind.” He avoided the customary ritualism and internal politics that dominated Siamese clerical life. His ability to explain complex philosophical and religious ideas in his native Southern Thai attracted many people to his wooded retreat.

However, Buddhadasa was skeptical of his fame; when reflecting on the busloads of visitors to Suan Mokkh he would say, “sometimes I think many of these people just stop here because they have to visit the bathroom.”

Ajahn Nyanadhammo
was born in Adelaide, Australia in 1955. In 1978, he traveled to Thailand for ordination from Somdet Phra Nyanasamvara. He received full ordination with Ajahn Chah and then spent many years in the jungle practicing meditation and learning Dhamma from great teachers living in secluded monasteries. From 1994 to 2002, he
stayed at Bodhinyana Monastery as deputy to Ajahn Brahm. Since 2002, he has been the Abbot of Wat Pa Nanachat and has since established another monastery two hour drive from Bangkok: Wat Ratanawon (Forest Jewel).

Luang Por Liem Ṭhitadhammo is a Buddhist monk in the Thai Forest Tradition. He was born in Sri Saket Province in the 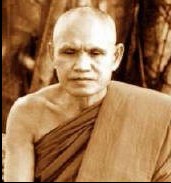 Northeast of Thailand on the 5th of November 1941. After ordination at twenty years old, Luang Por practised in several village monasteries until he joined the Forest Tradition in 1969. He took training under Luang Pu Chah, who later became one of the most famous monks in the country, and whose reputation and influence has continued to spread throughout the world. After Luang Pu Chah became severely ill in 1982, he entrusted Luang Por Liem to lead the monastery.

Shortly thereafter, the Sangha of Wat Nong Pah Pong appointed Luang Por Liem to take over the abbotship. He continues this duty  keeping the heritage of Luang Pu Chah’s Dhamma and characteristic ways of monastic training available for monks, nuns and lay disciples.

Walking meditation. I have been practicing this for years, after a fashion. Not knowing exactly all the key elements, not putting the proper preperation or thought into what I was doing, not even aware  I was engaged in meditation. I walked because I needed the exercise, I needed to just get away. Walking always served a purpose; to burn away excess energy, to calm down, even to plan the next action.

Use the first four tools to prepare for walking meditation and then walk. No need for any hurry, no need for a particular posture or stepping in a special way. Walk naturally and just be. Experience. You may wish to allow thoughts to just pass thru and not linger, or you may concentrate on something you wish to improve within yourself.

I like to use music when I meditate, especially when walking. Mother Earth can and does provide a rich soundtrack that cannot be taken for granted. Always changing and always interesting. Man-made music can be taylored for mindful walking meditation. Set up a playlist of your choice, one complied of music geared toward what you wish to concentrate on and experience a mindful walk.

Have you practiced mindful walking? I would like to hear your eperiences. If you haven’t, why not try it now?