Today I have been kicking around different ideas and thought are always passing thru, sometimes so rapidly that I begin to wonder “Will I get this mess in my mind sorted out?” So, I decided to take a bit of time off, my me time and just let it flow.

One of my favorite types of music is the Native American flute and since there is a huge supply free on YouTube, why not just explore?  I did want to stay active and get a few clean-up tasks accomplished in my workshop, I knew I could not just sit and relax. I have found that sometimes the best thing to do is to put on the music, keep my hands busy, listen to the music and just let the thoughts rush until they begin to settle into a natural path.

The three best outcomes possible. I became centered. My shop got a good cleaning (well, some of it any way). Best of all, I found some free music of a collection of solo flute pieces from Navajo-Ute musician R. Carlos Nakai. Wonderful work from a gifted artist. 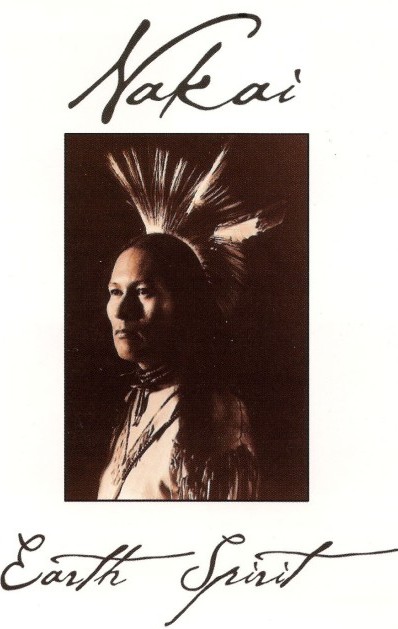 in classical trumpet and music theory, Nakai was given a traditional cedar wood flute as a gift and challenged to see what he could do with it. Nakai’s career has been shaped by a desire to communicate a sense of Native American culture and society that transcends the common stereotypes presented in mass media. Nakai has over fifty albums in his career (with 40 on the Canyon Records label). His most awarded works are Canyon Trilogy and Earth Spirit. I am a fan. This is easily one of my top go-to guys for GOOD music.

Native American flautist Robert Mirabal has a storied career, bridging traditional and modern sounds together on a series of albums, and with a series of groups. In 2005, he released an eponymous album under an alter ego, the fictionalJohnney Whitehorse. These albums move somewhat away from the new age and fusion elements that Mirabal  has taken part in, in favor of a greater emphasis on Western sounds and traditional elements (though under both names he maintains a blend of old and new).  More fantasic music.

Make your own Flute

So now I am relaxed, tasks completed and I am thinking :Why not make a flute?” Never mind that I don’t really have the woodworking skills, never mind that I am about as musical as a earthworm, but to make my own…

And where to begin? Of course, the internet! And within a couple of searches and a little investigation, I am convinced that making a flute is beyond my capabilities. Ah, but what about kits? The sites I checked out have unfinished but ready to play kits for starting at about $60.00, depending on the key. Not bad and I still get to personalize as I want. I could spend the money and hope I do not mess this project up or I could buy a flute already made.

Another search and… Yes indeed there are Flutes for sale. A great assortment from new to used. The least expensive was about $25.00 and from there the sky is the limit. Actually, I got lost in the flutes and then off into acessories and stands and all the other  great products on some of these websites. It is just too easy to get drawn into getting the details and seeing something that would be great to have, too.

My personal choice would be the Stellar Basic Flute Key of G – Native American Style Flute with Carrying Case because I like the clean simple lines and the look of “come on, play me” that this flute has. It seems to be a play workhorse and a fine display piece. There are others available and if you do decide to purchase, shop around and find the flute that seems to call your name.

Still to play I need to learn

Ok, just about to mke my mind up that a flute would be fun but how to play it? Back to my trusty internet. Back after a search and yes, it is more difficult to stay on track this time. The site I chose (https://atflutes.com/native-american-style-flute-tutorial/21-lesson-one) caught my attention and I liked the way things were explained. The instructions were well planned and in a easy to understand way. I liked the site and would recommend it for beginners like me.

Lots of YouTube sites also. Another bonus of YouTube is you can learn visually, and actually hear the correct sound  which is a big advantage for me. Somehow, with my musical handicap (I know nothing), I think my dream of learning to play is just that, a dream. And I do like to dream…

I think that my best choice is to stay with the music that is already available. With not knowing music, the time I would have to invest in beginning from the very beginning is just not doable for me. If you are musicilly inclined, I say “Go for it” And why not? The flute is a beautiful instrument and produces a unique sound. You could be the next envy of your neighborhood.

Native American flute music has a sound all its own. You can listen to solos, with Natural sounds, with New Age style music. Whenever someone new asks me what am I listening to I invariably get “Flute? You got to be kidding me.” And then a little later “Hey, this is pretty good”. If you are a fan, you know what I mean and if you are not a fan, or have never really listened, give the flute a sample. I would enjoy hearing your thoughts on the flute or the artist that you enjoy most.

4 thoughts on “Free Native American music or make your own”